It’s Wednesday, 11:00, just a regular day at the high school. Two English teachers are sitting in the teacher’s room marking exams during their “free” period. Every now and then you can hear each one exclaim (or mutter, as the case may be) “How could he have possible written THAT?” or “How in earth did she come up with such an answer?” They compare notes.  One of these two teachers is Delia, who teaches a weak group. One of her pupils wrote the following:

Q – When can you take an art class at the community center?

The other teacher, David, teaches a stronger group. He points out the frustrating answer:

Q – (In relation to an article on the history of the Academy Awards) “Why is Walt Disney mentioned?”

A – Walt Disney mentioned many people in his speech. 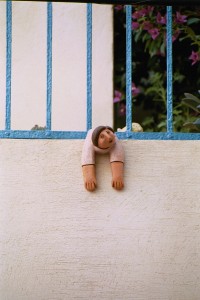 It’s one thing to answer a question incorrectly. It’s another matter entirely when the answer is not even remotely “in the ballpark”. Both Delia and David are frustrated because they have taught the vocabulary items that appear in such questions, have tested these lexical items, yet these pupils are still not answering the questions correctly. They feel that reviewing isolated vocabulary items again will not be effective. “Apparently an important distinction exists between knowing a word meaning well enough to pass a multiple-choice vocabulary test and knowing it well enough to use it in text comprehension” (Beck, Perfetti, &McKeown, 1982).   Thus, Delia and David decide on an intervention plan using what I call the “Reading Pictures” strategy.

One of the most important skills that students must acquire is answering questions with answers that are relevant to the type of question asked.  That may sound painfully obvious. However, when we practice answering questions in conjunction with the skills of understanding the text and identifying the correct answers, weaker students are unable to absorb all the necessary information and skills their teachers are trying to impart. This is particularly true for students with small vocabularies. Therefore, in order to have the pupils actually focus on understanding the questions and their forms, we must separate the questions from the texts. This is what is done in the “Reading Pictures” strategy. So how can a student answer the questions if the text doesn’t exist? Both Delia and David do this in a number of ways.

Their favorite way to begin is by presenting questions about a scene (or two) from an age – appropriate film. This is a good method to begin with because the motivation factor here is strong. Motivation is an important variable in reading literacy. (Pressley, Borkowski & Schneider,1989)  This method is particularly suitable for working on “Wh-type” questions. Before the students see the scene, the teachers go over the worksheet with the questions. They discuss what the possible answers may be to questions such as “Who is in the helicopter?” “What color is the man’s shirt” “What happened to the truck”? After going over the worksheet the students put it aside, watch the scene (a scene is about 7 minutes long) and only then answer the questions. The scene is shown once again with pupils holding the worksheets in their hands and checking the answers. This activity can be done even without actually screening a movie in class. Questions can be asked about popular films the students are familiar with, although the questions must be of a more general nature (it isn’t productive to ask about the color of someone’s shirt). Even if a certain student hasn’t seen the movie, they are usually able to answer general questions about it (most pupils know that there are blue characters in the movie AVATAR, for example).

For Delia and David however, movies are suitable for only a brief period because the format can easily become repetitive. Using pictures, in contrast, presents a myriad of opportunities. 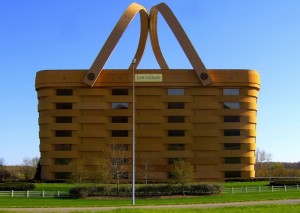 Pictures can interest older learners very much if suitable pictures are used.

Advanced exam-type questions can be asked about them. David has access to computers during his lessons, thus is able to have his students work with photos in full color. He can take advantages of the many resources available for obtaining suitable pictures. In fact, the number of pictures on the Internet is so large that David has found that he saves precious time if he uses sites which organize suitable pictures by topic. Larry Ferlazzo’s “My Best of” series is an absolute goldmine for this purpose.

However, when Delia teaches, the computer room is never available. Printing full color pictures can easily become expensive and impractical. Delia has found that magazines are a wonderful source of photos that interest older learners. Credit card companies and insurance companies tend to run ads in which one full page is a picture without any text on it (logos should not be used in class!). These pictures often depict fanciful things.  One of Delia’s best loved pictures is of a young, smartly dressed woman, standing in a kitchen filled with clothes, shoes and bags. This woman has turned her kitchen into a closet! Both boys and girls are intrigued by that idea! 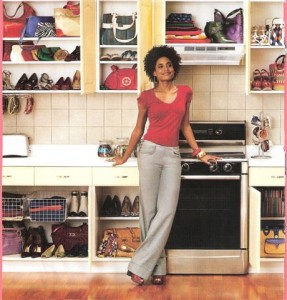 Language at all levels can be practiced with such pictures. Simple tasks such as “Name three items that can be found in this kitchen”  or more advanced reasoning tasks such as completing the statement “We can infer that the woman in the picture doesn’t have financial problems because…” can both be done with the same picture.

Many pupils tend to respond to questions in a concrete manner. A common exam question is “Where could you find such a text?” (the answer expected would be “in a newspaper” or “in a personal diary” or on a notice board”). Yet many pupils reply “I can’t find such a text/picture”.  By focusing on such a question when using pictures, the students learn that they must relate to the fact that if it’s an ad, it would probably be found in a magazine or newspaper, etc.

Pictures are also useful for practicing questions using common tricky phrases such as “The woman looks pleased”. Pupils tend to think that the word “look” only has one meaning and confuse “pleased” with “please”.

Delia and David are both incredibly creative and use the pictures to practice many question formats.  They put into practice the finding that “effective instruction makes use of “rich classroom instruction involving eclectic techniques” (McKeown, Beck, Omanson & Pope, 1985).

However, at some point a pupil will invariable say “But there are no pictures on the national exams!” The teachers respond by giving the pupils a short text written by both teachers about the pupils and/or their school. Thus, while they are asked to deal with a text in addition to dealing with the questions, they really should be able to answer the questions easily if they THINK. And this is an excellent opportunity to show the pupils that sometimes they work without thinking. For example, Delia asked her pupils: “Do all the pupils in our class come to school by bus?” The following is written in the text: “most pupils come to school by bus”. Some pupils saw the word “bus” in the text and immediately wrote “yes”. But when she pointed out that they know that two of their classmates walk to school every day they admitted they hadn’t even stopped to think about what they were doing.

In conclusion, by separating the tasks the pupils were required to focus on, Delia and David found that their students’ reading comprehension scores improved. You can still find both teachers marking tests on Wednesdays, at 11 a.m. in the high school teacher’s room. But as the year progresses, they have fewer and fewer outrageous answers to compare.

Note: This article by Naomi Ganin-Epstein originally appeared on Teaching Village, and is licensed under a Creative Commons, Attribution-Non Commercial, No Derivatives 3.0 License. If you wish to share it you must re-publish it “as is”, and retain any credits, acknowledgements, and hyperlinks within it.